"How to be a Woman" by Caitlin Moran 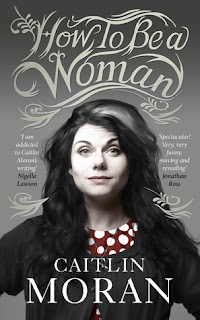 I'd overlooked and then resisted this title for a while. I'd heard Moran's views on feminism were controversial, and she presented them in a particularly crass manner. Crass humor is not typically my thing & I know this, so I try to avoid it so as not to ruin it or complain about things other people are enjoying. But then I heard Moran's talk at Politics & Prose on her new book, "Moranifesto," chuckled and nodded along, and decided it was time to give her work a try. 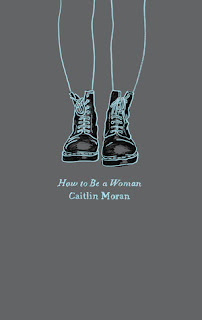 There are flaws, some of which Roxane Gay describes well. Casual, caustic use of the word "retarded" and an uniformed discussion of the N-word are insensitive and disappointing; it is important to recognize and criticize these flaws. I don't think, though, that these flaws invalidate Moran's larger message. Her mission to articulate her view of feminism and its importance is successful, if set back by language and references that could have been better chosen.

Moran also does her own audiobook narration, and her conversational tone fits the text well. I look forward to reading or listening to more of Moran's work, though I sincerely hope that she has learned or will learn to choose her words more carefully and consider the plight of those in different positions than her when choosing how to best express herself and her views.

Verdict: Affirmed, for those looking for a text they can engage with and criticize as appropriate. If you want to laugh at the misadventures of a young British journalist at the start of her career, or have your feminism challenged or complicated, read this book.