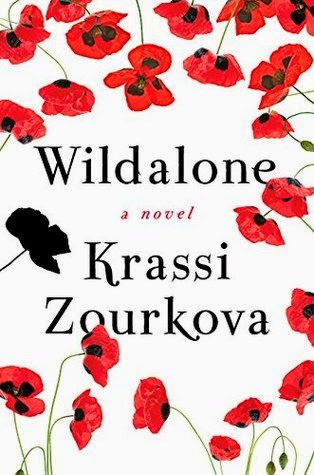 Thea Slavin, a brilliant Bulgarian piano prodegy, enrolls in Princeton University in order to unravel her family's closely-guarded secrets surrounding her sister's death. Once there, she falls in with two brothers alternately vying for her affection and acquiescing to the other. As Thea navigates her new environment and relationships, she is drawn to the Greek myth of Orpheus and its connections to the Bulgarian myth of the samodavi.

I loved the intertwining of the myths from various cultures, and how the author traced them back to their common origins. The mystery of Thea's sister was brilliantly carried out, giving just enough clues to keep me interested, while maintaining suspense throughout the book. Barrie Kreinik's audio narration has a slight foreign accent that reminded me that Thea is viewing Princeton as an outsider, without becoming overwhelming. Finally, the descriptions of music throughout the novel were incredible. As someone not musically inclined, and frankly tone-deaf, the striking descriptions made me understand Thea's connection to her music in a way I wouldn't have thought possible. (Unfortunately, because I listened to the audio, I don't have any to share!)

However, the book fell flat with the brothers, Rhys and Jake. I found them increasingly interchangeable as the book went on - one of them would display a personality trait I had thought was definitively a distinguishing feature of the other, and vice versa. On one hand, it made Thea's inability to choose between them more reasonable; but on the other, it made me in different toward who she would choose because by the end there weren't any substantive differences in their personalities. They also came off as far more creepy than sexy, but that may just be that they didn't fit my personal taste in men.

Verdict: Affirmed. Character problems aside, it's a wholly entertaining, well-written debut, and I would gladly read more of Zourkova's work.

"Wildalone" by Krassi Zourkova, published on January 6, 2014 by William Morrow in print, and in audio by HarperAudio.